Last time I wrote a race report from UTMB, it was all about how good I felt and about the joy of finishing in seventh place at the «Olympic games of trail running». This report is about the opposite feelings. I am very, very disappointed that I wasn’t able to make it to the finish.

My preparations was solid. I’ve been preparing meticulously since December last year. My race results has been decent in all of 2015, with a 15th place at Western States Endurance Run as my last big 100 mile race. I also spent a week in the Alps in July, running the UTMB-course in four days. 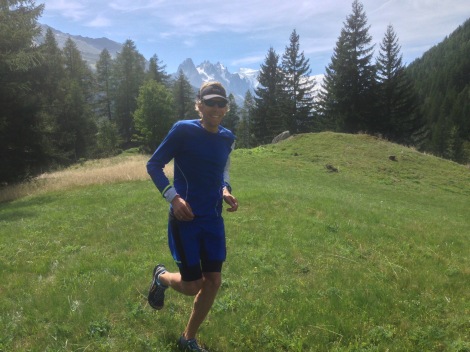 Nice weather! On Thursday, the day before the race, I did some very easy running and a short photo-shoot with Arnaud Cailloux.

My body felt good during the last week of tapering in Chamonix. I have had some issues with both my hamstrings since the end of the 2013 season, but I’ve kept it under control with massage and physiotherapy. I did not feel any pain or stiffnes the days before the race. 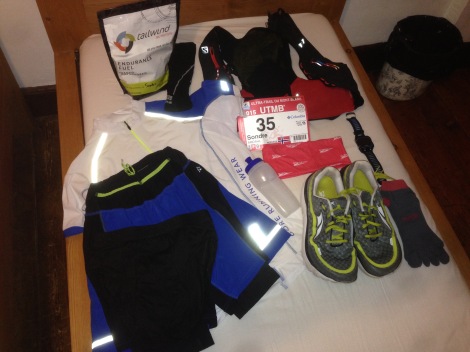 My brother and my father arrived in Chamonix on Friday morning. We spent the day organising my nutrition/hydration and sorting out all the other details required for them in order to be a good crew. I did a short warm-up and got to the start line at 17.30 as we are supposed to. I tucked under the start/finish arch to get as much shade as possible.

The start of the UTMB is just an incredible experience! The music, the weather, all the other runners, the anxiety, the huge crowds of spectators. I can’t explain it – but it is a moment that I think I will remember for the rest of my life.

3-2-1-GO! The pace thru the streets of Chamonix was crazy fast. I didn’t want to get squeezed by all the other runners, so I ran fast, may be a bit too fast, on the road and bike paths towards Les Houches (8km). I felt that I ran too fast, so I let the first runners go just before we entered Les Houches. I felt good at this point of the race and enjoyed the first climb up to Le Delevret. I checked my splits at the summit, and it was exactly the same time as last year. I tried to keep a good, steady pace down to Saint Gervais and then up the valley towards Les Contamines (31 km). There is some pretty steep climbs up to Les Contamines, and I started to feel that something wasn’t working as it should be. My hamstrings started to get tighter and seized up a bit. I tried not to think about it and kept going as fast as I could thru Les Contamines. I made a fast pit-stop here and kept on towards the first major climb up to Crux du Bonhomme. My split at Les Contamines was exactly the same as last year. 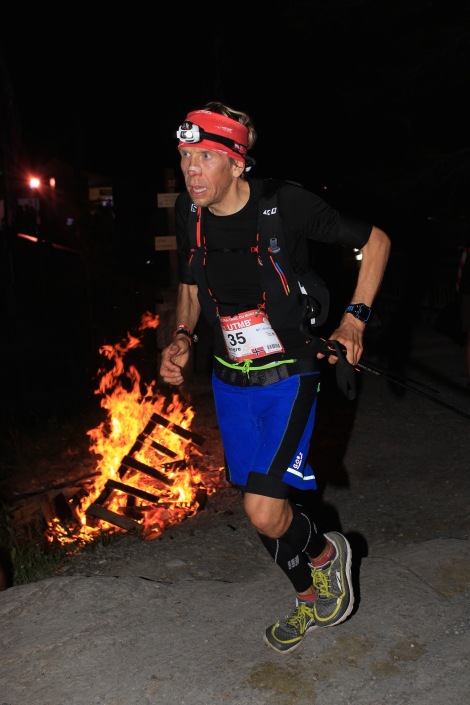 Then, it all fell apart. My hamstrings was more and more painful and my pace slowed down. I tried to push harder, but it was nothing there. No power at all. After a long slog up to the summit, I sat down at the check-point. The staff there asked me a lot of questions about my physical condition, my hydration and so forth. I told them that my legs was stiff and that I just wanted to make it down to the next aid station at Les Chapieux. My downhill running wasn’t any better than my climbing, and I got passed by lots and lots of runners on the way down to Les Chapieux. I walked straight thru the aid station and asked them register my DNF. Did Not Finish.

So why did I DNF? Was it physical or mental? I think it was a bit of both. I think that the super-fast speed for the first eight kilometres stretched my hamstrings’ a bit too much. I stood still for 30 minutes in the start chute, and then; BANG! Top speed and near sprinting out of town. But it was definitely mental as well. At Les Chapeaux, I just couldn’t see myself doing the course in 35 to 45 hours. I couldn’t do much running, so I would have had to walk a lot. Also, I felt that my stride was a bit different to my normal stride. I was afraid that this could lead to injury further down the road. And with Ultra-Trail Mount Fuji (UTMF) coming up (25th of September), it didn’t want to risk any major injuries.

I hope to be on the start line at UTMB again. I do not know that it will be in 2016, but I will definitely do the race again! 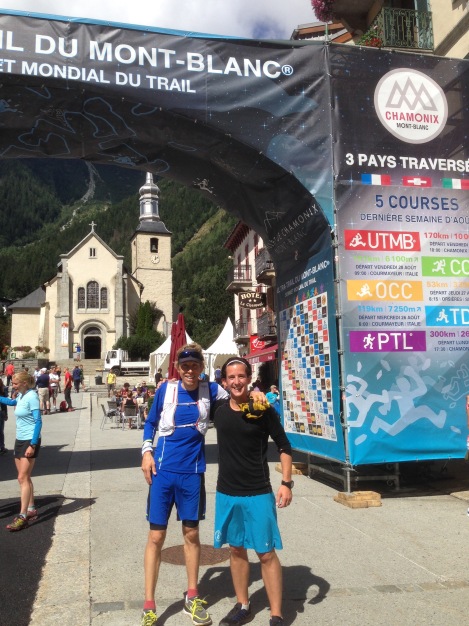 I am super proud of my coaching client, Jakob, who finished the UTMB. He ran a smart race. May be I should do a bit more of what I preach? Like «start slow and be patient». 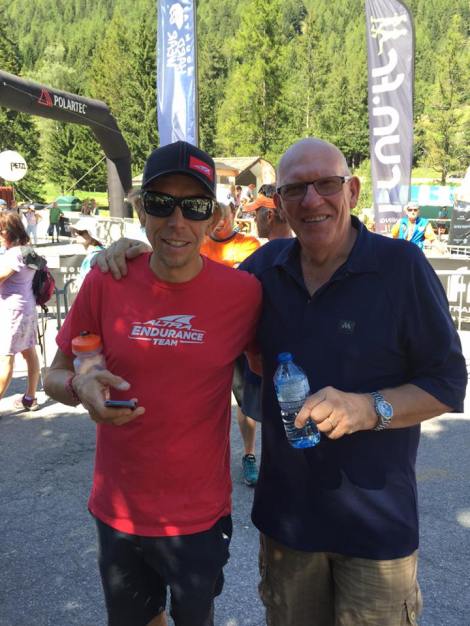 With my dad at Vallorcine on Saturday. Very excited to follow the race as a spectator. David Laney ran such a great race and made it super-fun to watch!