I just wanted to share with you some pictures from the Western States Training Weekend on May 23-25. I had an amazing weekend, even tough my body wasn’t working as good as I had hoped for.

I do not know what it was that bothered me, but I for sure struggled with an upset stomach… It is way better now, so I think it was the food here in the US that screwed up my digestion.

I had some awesome guides for the three day training weekend. On day one (51km from Robinson Flat to Foresthill), I ran in a group with Topher Gaylord. Topher has finished Western States (and UTMB) more than ten times, so he has a lot of course knowledge and experience. It was super cool that Topher introduced me to so many of the legends of our sport! We met Ann Trason, Tim Twietmeyer and John Medinger just to name a few.

I was in good hands on day 1! From L to R: Nicole Studer, Paul Terranova, Topher Gaylord, Bob Shebest and Dylan Bowman.

The second day (30km from Foresthill to the river and up to Driver’s flat) I met Scott Wolfe and ran with him pretty much the whole day. Scott has at least one top-20 finish, and is a very strong runner. And a super-nice guy. Thanks for all the advice, Scott! 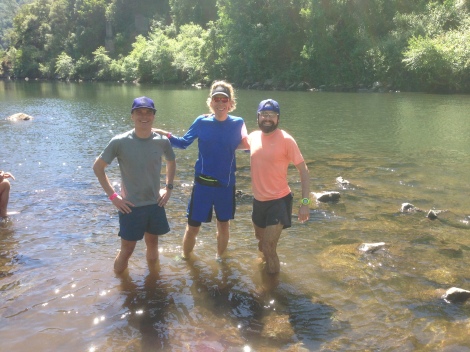 Two of my fellow runners on day 2: Scott Wolfe and Chris DeNucci.

On the «grand finale», the third day, we ran 35 km from Green Gate to the finish line in Auburn. The pace was a notch faster than the first two days. I do not know what caused this, but it could be that the guide of the day was Ian Sharman. Ian has several top 10 finishes and knows the course like his own back pocket. Ian is also my coach and mentor, so it was very useful for me to run this last section of the course with him.

Last but not least; thanks a lot to all the runners and volunteers that I met during training weekend! I look forward to seeing you all in Squaw valley in a couple of weeks. 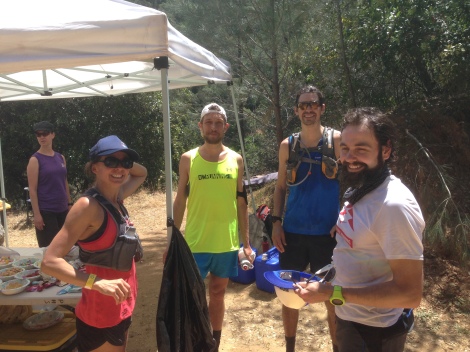 Ann Trason and Magdalena Boulet. Ann has won the race 14 times. I think I know who’s gonna win this year.